Sell Your Used Board

A used Campbell 9'6" longboard circa 1963. In good condition, normal small dings from use. Since production was low (only a few hundred), surviving Campbell boards are very hard to find. The board is in Hollywood, FL 33019.

In the winter of 1963, Jim Campbell, Doug and Dan Haut, and Jimmy Hoffman piled into Campbell's 1950s Jaguar MK sedan and headed to Florida from Santa Cruz, Ca. Doug and Jimmy were fresh from InterIsland Surfboards in Hawaii, where they made surfboards with Dick Brewer. They arrived in Melbourne, Fla., and formed Campbell Surfboards. This filled a void left when the first board maker in the area Jack Murphy, moved on to Miami. Campbell's arrival started the first wave of talent from west coast. Jim Campbell was a perfectionist, offering intricate offset stringers as well as standard wood tail blocks, and pre-beaded rainbow wood fins. Most Campbells were custom built, due to the lack of surf shops in the area. The first Campbell shop was located near the Melbourne airport. This is where the Campbell pictured here, was custom ordered. By late summer '64, Doug, Dan, and Jimmy were back in California. Jim moved to a new smaller shop on highway 192 in West Melbourne. I (Bob Reeves) worked for him as glasser, sander, and fin maker, until he moved to Long Island in early 1965, where he continued to make boards. Jim also started the first sponsored surf team on the East Coast--The Campbell Competition Team--with jackets, t-shirts, and at-cost surfboards. Many of the '60s hottest East Coast surfers got their start on this team.

Receive 20% off anything else purchased with a new surfboard. 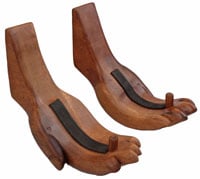 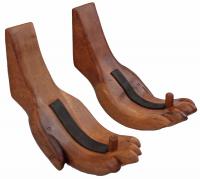